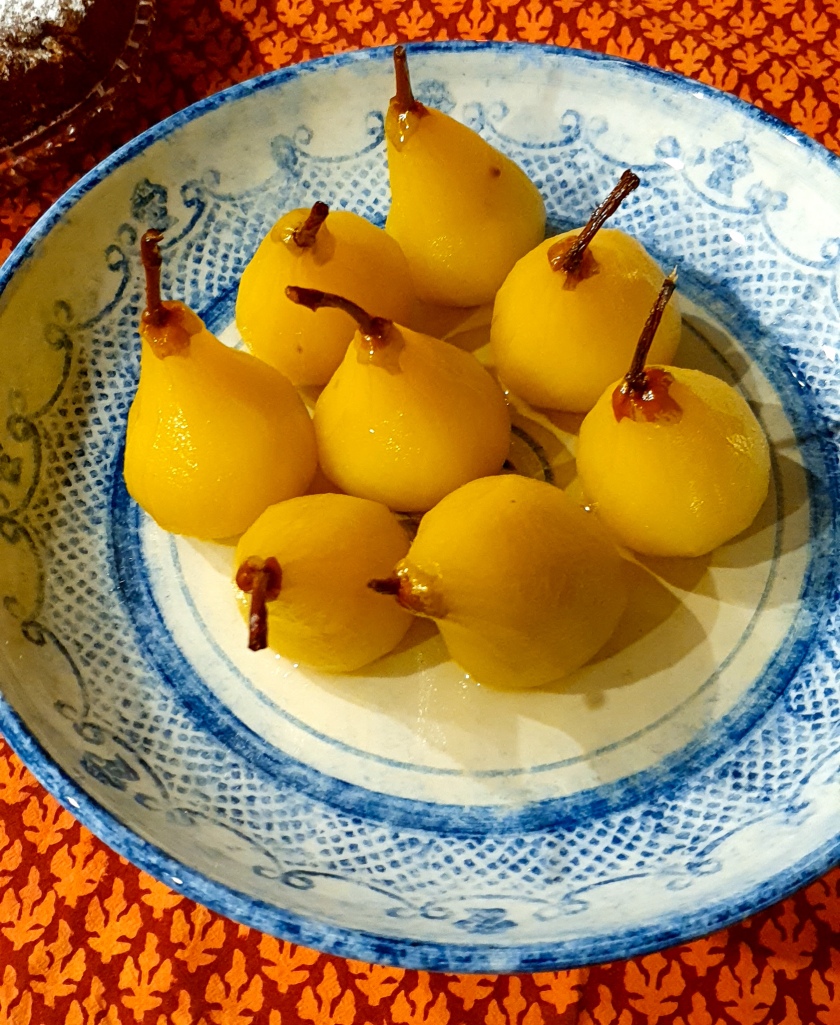 I have made this recipe many times and it always turns out beautifully. I think it is a perfect dessert for winter especially after a hearty meal such as slow cooked lamb shanks however I wanted something a little lighter today so that it would feel more summery.

So I used the same recipe but substituted the red wine for white wine and it was lovely. It was served with a rich chocolate sauce and a slice of decadent chocolate cake. See the chocolate cake recipe I used, Two Nuts Chocolate Torte, here.

These pears are first poached and then roasted, which gives them a wonderfully intense flavour and deep burnished autumnal hue. They taste best if poached and chilled in their liquid for up to three days before roasting, so they can absorb the flavours and colour of the syrup. Use whipped cream, icecream or creme fraiche, to serve.

1. Choose a pot that will fit 6-8 pears sitting snugly upright in a single layer. Heat sugar, wine, cinnamon sticks, bay leaves and vanilla pod, stirring until the sugar has dissolved. Peel pears, leaving them whole with stalks intact. Slice or peel the base of each pear so it will stand upright. Place in the pot with the poaching liquid, arranging the pears so they are covered as much as possible by the syrup. Simmer gently for 30 minutes or until tender, turning occasionally.

2. Cool pears then place with their syrup in a container, cover and chill for at least 24 hours or up to 3 days, turning occasionally so they colour evenly. Lift pears out of the syrup and arrange in a shallow baking dish. Place the syrup in a pot, bring to a rapid boil and continue cooking until reduced by half (about 20 minutes). Remove bay leaves, cinnamon and vanilla pod. You can rinse and dry the vanilla pod and then store it in a sugar container to use again.

3. When you are ready to serve the pears, preheat oven to 220C fanbake. Baste the pears liberally with syrup, ensuring they are well coated, and roast for 12-15 minutes. Brush with more syrup as they come out of the oven. Place on serving plates, drizzle with a large spoonful of syrup and accompany with whipped cream, ice cream or creme fraiche.

One thought on “Poached and Roasted Pears”

Buy Me a Coffee 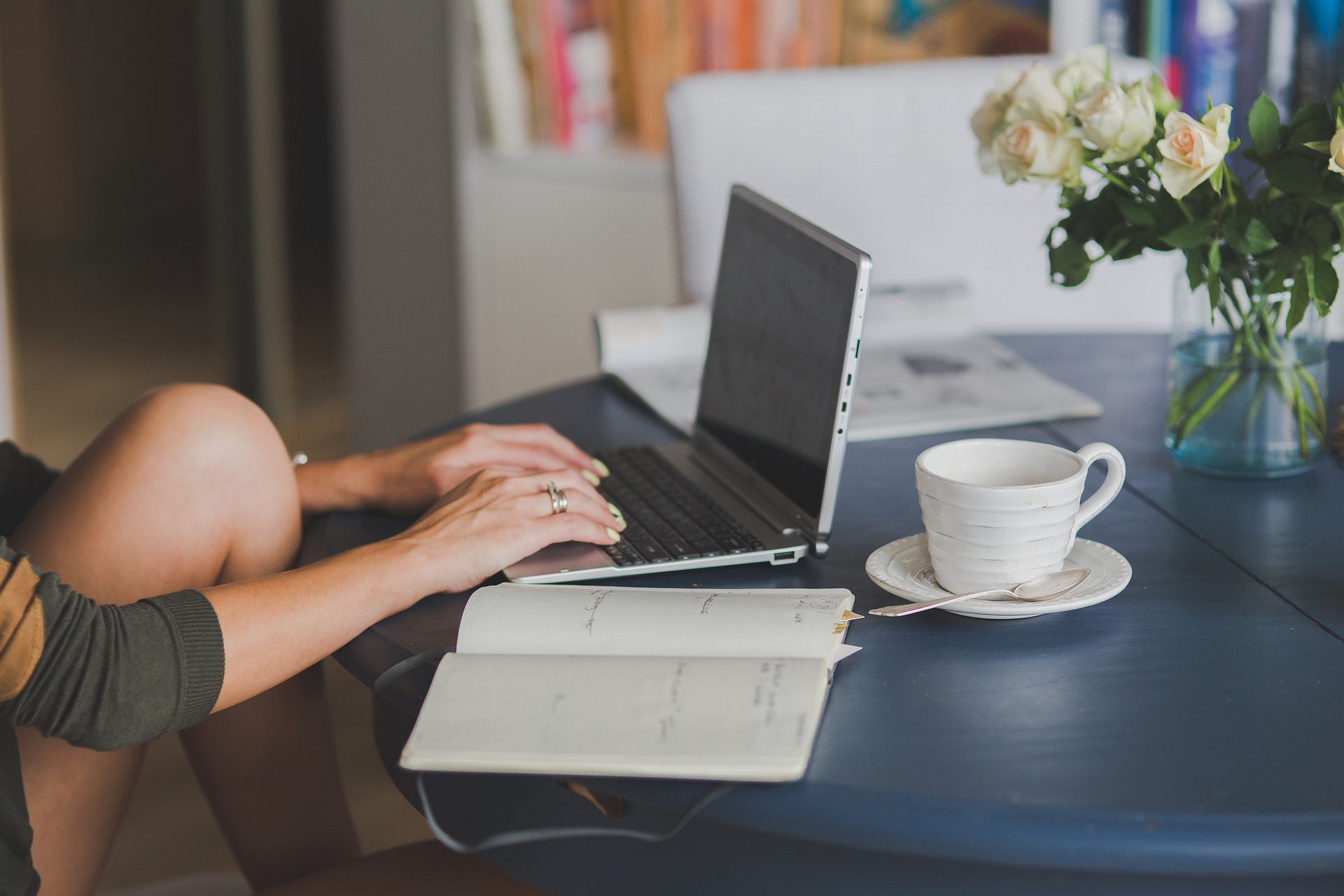 Donate $5.00 to buy me a coffee so I have the fuel I need to keep producing great content!!